Will Theological Texts Soon Be a Thing of the Past? 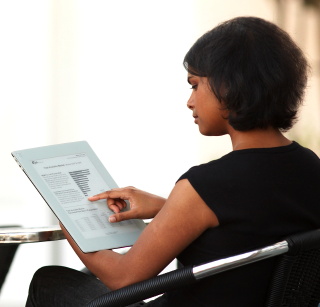 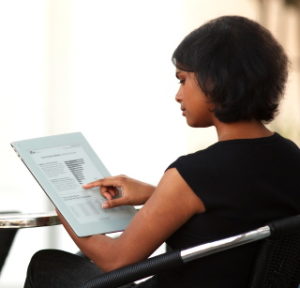 This recent article by Carmel Egan contains predictions that school text books will soon be a thing of the past and it raises questions about theological texts and seminary libraries.

There are copyrighting challenges, technology obstacles and traditional preferences for hard copies but in countries around the world where books are expensive to buy and shipping costs are over the top, will e-books win the day? What do you think?

HEAVY book-filled school bags could soon be a thing of the past, with the e-book industry claiming most of students’ textbooks will be contained in light hand-held portable devices within three years.

The internet-linked reading devices will store hundreds of e-textbooks bought online or borrowed from school libraries.

Mr Siegersma said digital technology would lead to the costs of e-textbooks falling in a year to 18 months.

”There will be just-in-time and customised delivery to flexible, full-colour screens; textbooks with audio and video components; touch screens for handwriting and margin note-taking and text highlighting,” he said.

Speaking at a conference of school librarians in Melbourne last week, Mr Siegersma told them to prepare for the transition from print to e-readers, e-books and e-textbooks.

While book lovers in the US can already access thousands of digital titles via Amazon’s Kindle e-reader, users of the new technology complain they can be slow to upload, screens are black and white, page-turning is slow and titles are limited to certain publishers.

Pressure from educational institutions, public libraries and government will also force print book publishers to address pent-up demand for more titles to be made available online.

The acting head of cultural studies at Macquarie University and author of The Book Is Dead, Long Live the Book, Sherman Young, agrees.

”The world is at the e-book tipping point and librarians will be the vanguard of the introduction of e-textbooks,” Dr Young told the conference, organised by Curriculum Corporation and the School Library Association of Victoria.

”Book culture is still confused with print culture and it is really only this year people have started to get e-books.”

However, many obstacles stand between e-textbooks and classroom domination, according to Australian Copyright Council lawyer Sneha Balakrishnan.

”Some schools are already in the process of negotiating licences tailored to their needs,” Ms Balakrishnan said.

”But there are still lots of issues to be worked through.”

Several Melbourne secondary schools have trialled e-books with students and staff in the past year with mixed results.

At the selective boys’ secondary Melbourne High School, students were not persuaded by the new technology.

”Digital rights management restrictions at the point of sale have been developed for individuals on personal computers with credit cards, but publishers have not yet envisaged libraries as part of the mode or thought of building a lending system,” Ms Kurvink said.

”School libraries have used very traditional acquisition models but that will not work with this new technology and we need to start forming collaborative groups to work with publishers in partnership.”

Image: “Will e-books win the day?”