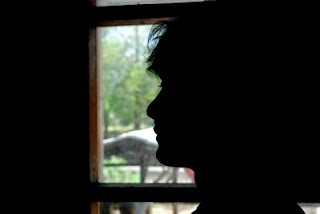 Most of those who are teaching in other countries are going for a stint rather than a semester. But this doesn’t mean they are engaging in ‘hit and run’ theological education.

Tim Bulkeley from Carey College in Auckland is a case in point. In his six month sabbatical this year he devoted some weeks to teaching in Sri Lanka and Thailand. To keep his family and friends around the world in touch as well as to record his personal chronicles Tim established a blog entitled Teaching OT in Faraway Places.

Tim’s return to NZ coincided with him reaching a significant birthday so instead of gathering friends to give him presents an important focus of Tim’s Big 60 Rambo Feast was to learn more of what Tim and his two family members got up to in Mae La and to contribute money to a project for the Karen refugees. He has since generated interest in a further fundraiser for victims of the recent cyclone.

Furthermore, Tim continues to post on his ‘faraway’ site news from the Karen refugee camps and the school where he taught. On the twentieth anniversary (8 August 2008) of the student uprising against Burma’s dictator government Tim called people to a special period of prayer for the country and its refugees and he has posted each day some relevant news and prayers.

Tim has been highlighting the superb photos and thoughts from some Karen refugees that are posted from within the camps on this Unseen Mae La site.

As a teacher of the Bible who looks for creative ways that he and his students can use technology Tim has used photos and videos from the camp to highlight the need of the refugees that he met but also to earth the scriptures in a particular context. Look and listen to Tim read this Psalm (which also serves a survey with his OT friends to gauge their assessment of two video platforms).

The principal of the Bible School in the Karen camps often writes to me and he usually ends his letters with these words, “Please don’t forget the displaced people from Burma.” Tim has found many ways to keep the concerns of the Karen people alive.

It is amazing how even a short visit to teach in another country can revolutionize your teaching and influence your whole life.

Image: One of the Karen refugees on the Thai/Burmese border. Courtesy of the Unseen Mae La site.

Related: More of Tim’s videos are at this point.