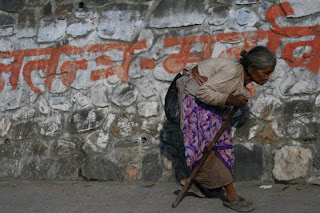 Teacher Needed
A request for a teacher of Christian Education has come from a seminary in Nepal.

For more information or to express an interest do write to me.

Image: I took this photo of a Nepali woman from the back of a motorbike when I was visiting Kathmandu last year.