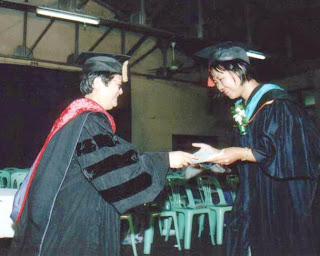 Because of the devastation and electricity cuts in Myanmar it has been difficult to get information from this cyclone- ravaged country. We are grateful to WCC Media for this article:

Amongst the widespread devastation disseminated by Cyclone Nargis, Myanmar theological institutions were not spared their share of damage and loss.

“There is so much suffering, sadness and loss”, said Rev. Peter Joseph, executive secretary of the Association for Theological Education in Myanmar, talking in Geneva today about the consequences of the cyclone that hit the country on 2 May.

“Two of our students died in the Irrawaddy Delta”, Joseph reported. “We do not have theological schools there, but they were on summer assignments, working at their churches in what we call field education.”

Eleven out of the 32 theological institutions that are members of the association are in the Rangoon area. Most of them were damaged and cannot open for the new school year, which normally starts in June. “The most affected ones are trying to rebuild as fast as they can with help from churches and colleagues from near and afar”, Joseph said.

Amidst the devastation, churches are struggling to assist people in need. “Churches are mobilizing youth from their congregations to help clearing up the damage in Rangoon and to serve in other affected areas”, reported Joseph, who is the pastor of the Immanuel Telugu Baptist Church.

They are not alone. Local organizations are mobilizing hundreds of volunteers and are procuring relief goods locally in Rangoon and in the Delta region, reported today the global alliance Action by Churches Together (ACT) International.

“Aid is going out everyday, and local organizations are reaching thousands of people”, an ACT member representative said. Through already established networks of community-based organizations, ACT members have assisted more than 100,000 people since the days immediately following the cyclone.

“The effects of the destruction are seen almost everywhere… But what is striking is the coping mechanisms of the Burmese people,” explained an ACT member representative.

Image: Dr. Anna May Say Pa, Principal of the Myanmar Institute of Theology (MIT), conferring a degree on one of the graduates, in better times.