“I have never enjoyed teaching (and learning!) so much.” 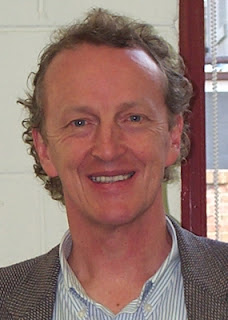 This is a story about a trio of Australians who in 2005 went to make a contribution in Bangladesh and some of their reflections about what they received and gave.

Chris and Graeme were missionaries in Bangladesh for many years and both speak Bengali; Chris Barnden is now Director of Ministries with Global Interaction and Dr Keith Dyer teaches New Testament at Whitley College, the Baptist College of Victoria.

In the text below, Chris writes in the normal font, and Keith responds in italics.

I confess I had some reservations about going to Bangladesh — I’d seen enough misguided development projects and other missionary disasters (amongst a lot of good stuff too, I hasten to add) during my years in the Solomon Islands. I wasn’t worried about encountering a different culture and roughing it a bit, and I knew I would get on fine with my travelling companions, Chris and Graeme, but I guess I expected to be a bit disillusioned with all that I saw in the ‘Aid and Development’ capital of the world. I needn’t have worried — the grass roots transformation I saw happening in the Community Development programs caught me by surprise and dispelled any lingering cynicism. These people were for real.

I had harboured a wish for closer ties between Whitley and the College of Christian Theology in Bangladesh with whom I had worked for three years in the early ‘90’s. On the occasion of Whitley College’s centenary around that time, the College had made a donation as their gift to CCTB. I was looking for more of a partnership-type relationship, even if that simply meant opportunities for Whitley faculty to teach intensive courses in the Bachelor degree program that was still in its infancy then at CCTB. In the back of my mind was a hope that Faculty of CCTB might have opportunity to study at Whitley as a capacity building exercise in building up the theological teaching resources of the small Christian community of Bangladesh. The CCTB have recently implemented a Masters of Arts degree in theology, which disappointed me, because I believed that at least a MDiv program would have been better, let alone a MTh. I hoped that some interface between Whitley faculty and CCTB faculty would be a positive step towards that happening some 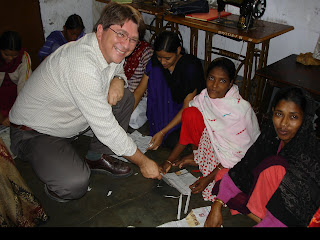 day.
As it turned out, we only got to CCTB towards the end of our time in Bangladesh, and it was during their holiday time, so only a few faculty were present. But I was delighted to see the campus and meet the legendary Simon Sircar, not least a former doctoral student of mine, Rev Dr Pratap Gine, will take over as Principal from Simon. I was impressed with how they were building up their faculty and students through their links with Bangalore. It seems that the possibility of offering Masters units on their own Campus is not too far distant, and the

opportunities for visiting teachers to supplement these offerings are exciting. Theologians Without Borders might be just the thing we need to foster these ongoing visits and links . . .

I was excited when Keith was able to get time off to come with me because I knew of his teaching abilities, and I definitely planned to use him at every opportunity. I also sincerely believed that Keith would be blessed by diverse experiences of Bangladeshi culture.

Well I learnt a lot more than I taught, I’m sure. And my teaching would have been useless for most of the hearers without Chris’s translation (and probably all sorts of extra explanations he added to make sense of what I was saying). Graeme’s occasional one-liners helped enliven things from time to time also. I had a ball. The development teams were really switched on young women and men, and they were prepared to wrestle with the texts together with us, and with the cultural assumptions we all bring to our interpretation of the Bible.

Keith gave teaching in two different contexts – to groups of Muslim-background believers who, though they’d definitely had an encounter with Christ and they were well acquainted with the scripture, had not had any length of church or Christian tradition; and to groups of established Christians who had grown up in the Christian community, “Christian” in this context meaning the sociological and definable community named “Christian” as opposed to the Muslim community or Hindu community. While both groups may have included nominal followers, the second would have contained a greater number of nominal followers in the sense that, for many, they are Christian because ‘they were born Christian,’ and read the Bible because that’s what Christians do.

This was all very fascinating to me: to try and master the greetings (verbal and visual) for the Muslim majority, the Hindus, the Garos and other tribal groups, and then to observe how the believers within each of those cultures expressed their faith.

The first group listened keenly because they had never heard this teaching. They, by and large, are characterised by a keenness to know what the holy book says. After all, they had given allegiance previously to one holy book which they believed contained the words of God(Allah), and so had an intense expectation that God would speak through this ‘newly’-discovered book, and his messenger. Keith, whether by design or inspiration chose some apt passages to teach from, which were appropriate for the context in which he spoke. His sense of the thrust of the whole passage and the links from one story to the next within the passage were very helpful to a group who have been taught from childhood that a verse stands on its own.

Speaking with these groups was like visiting the Early Church believers before they accepted the nickname “Christian” (in Antioch). We talk about the “Emerging Church” in the Western context, sometimes, but for me these people embodied all the potential of a new movement of Jesus followers. To survive in their context they MUST NOT be “contaminated” by Western models of “Christianity” or Western immorality. Empowered by the spirit of God/Allah, they will find their own destiny as believers in Jesus, and it was a privilege to meet and share with them.

The second group found themselves listening more intently because they had never heard ‘this sort of teaching before!’ Keith took a series of stories that been put in the traditional ‘too-hard’ basket, and, using local and familiar illustrations or motifs, gently led the audience to a new understanding of what these stories were teaching.

In the second of two larger groups with whom Keith taught, a number simply didn’t understand what he was getting at, unused to looking at scripture in such a way. However, as I looked around the room (I was translating) there were a number of faces which lit up, showing that, perhaps for the first time where these passages were concerned, they really understood what Jesus was saying. It was as though they were discovering that Scripture is a living word and really is the source of daily instruction and encouragement.

On two occasions, these teaching sessions went almost all day (once because we were advised not to go outside during a general strike), but the enthusiasm, the humour, the earnest discussions all made the time fly by (not to mention the wonderful Bengali food). Again, I really don’t know about the value of my own words, but I know that the engagement with the Biblical text was genuine and vigorous, and that the value of having those who understand the culture and the language (or rather, both cultures and languages, namely Chris and Graeme), made the whole exchange of ideas possible. I confess that I have never enjoyed teaching (and learning!) so much as during those weeks in Bangladesh.

Many thanks to Chris and Keith for sharing their story from Bangladesh.

Images: The lower photo is of Chris at work in a sewing class.