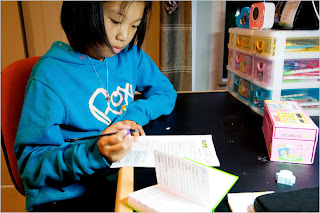 Wild Geese Migration
The New York Times has an article about the ‘wild geese’ phenomenon, a term that is being used in South Korea to describe families that are living separately, sometimes for years, to school their children in English-speaking countries like New Zealand and the USA.

Eagles and Penguins
The mothers and children live overseas while the ‘eagle fathers’ stay in South Korea and fly over for a visit once or twice a year. Those fathers without the resources to fly are part of a growing social problem called ‘penguin fathers’.

Geese Flocking to Kiwiland
The migration is driven by the dissatisfaction with South Korea’s rigid education system and a desire to give their children an English-speaking advantage. More than 40,000 South Korean children are living outside of South Korea with their mothers in this new era of globalised education. New Zealand is being viewed as a cheaper option than the USA which is an important factor when two homes have to be maintained.

Good Korea Move?
Many mothers are being criticized for breaking up the nest due to their obsession with their children’s education. Many say that they are modern-day successors to one of the famous mothers in East Asia: the mother of Mencius, the fourth century Chinese Confucian philosopher. In this well known story in Korea, as well as China and Japan, the mother of Mencius moved to three neighbourhoods before finding the environment that was most favourable to her son’s education.

Theological Geezers
Turning the gaze to theological education, there are many ‘wild theological geese’ who have left families for months and years for another country to learn and get qualified. This is happening still and in countries like China it is impressive to see mothers and fathers leaving their spouses and their children for a half or an entire semester, in order to undertake theological training. Such is the desire for theological study and the sacrifices people are willing to make.

Image: Ellin Kim, 11, studying in her bedroom in Auckland. She sees her father, an ophthalmologist in South Korea, only a couple of times a year. (Photo courtesy of New York Times)

Subscribe
Be part of the growing number who are subscribing to this site so you can get the frequent articles as they are posted.