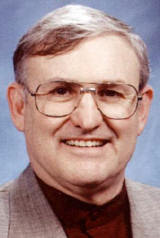 In an earlier post on the TWB site I spoke about the paucity of library books in many seminaries around the world and I asked what is being done to overcome some of these challenges.

I was heartened to receive an email and later a CD or two to review from Dr Bob Utley, a retired Professor of Hermeneutics at East Baptist Seminary in the USA.

There are many web resources that Bob has posted but he has put most of these in a nicely packaged CD Rom.

The web site is at this link:

I have asked two biblical scholars (Tim Bulkeley from Carey College in New Zealand and Keith Dyer from Whitley College in Australia) to have a look at these resources and give a brief review.

Review by Tim Bulkeley
Bob Uttley is a Baptist Pastor from Texas, who trained at Southwestern Baptist Theological Seminary and after nearly two decades of pastoral ministry prepared a DMin at Trinity Evangelical Divinity School with a focus on hermeneutics. He has taught in a variety of contexts in the USA (and elsewhere as a visitor) most recently at East Texas Baptist University (Bible Interpretation, Old Testament, and Evangelism).

Over the years he has prepared written notes, audio and video recordings of Bible teaching sessions on almost all parts of the Bible. This material focuses on standard interpretational cues: Historical Setting, Literary Context, Grammatical Features, Choice of Words, Genre and Parallel Passages. Dr Uttley has tried to make these materials usable by students of different viewpoints and backgrounds, thus he tries to avoid endorsing particular viewpoints (on the whole, at least in the written materials – since the videos are addressed more directly to Southern Baptist audiences), while presenting evidence from the text which students can interpret for themselves.

In the Old Testament materials I looked at samples from Genesis (the book I am teaching this semester), Amos (on which I prepared the Hypertext Bible Commentary http://hypertextbible.org/) and Jonah on which I am currently working. The first chapters of Genesis provide a good strong test of his intention to avoid contentious conclusions.

The written notes are fairly thorough and detailed, and would provide a good resource for students. The audio and video resources are often recordings of teaching in churches and offer a simpler introduction to each book. These media have a folksy American tone, which may make them less useful in non-American contexts, while the written materials are more neutral.

There are the minor inaccuracies that one should perhaps expect from an attempt by one person to prepare study material on the whole Bible. So, for example it is not true that “Amos 7:10-17 is unique because… it is written in the third person while other sections of the book are in the first person” actually only the vision accounts and the words of Amos quoted in the narrative in question are first person, the rest of the book is in the third person and speaking in the first person is reserved for the divine voice.

There will inevitably also be many places where any particular teacher will disagree with Dr Utley’s reading of the text. So for example I am quite unable to read Jonah as sympathetically as he does, and am convinced that the psalm in Jonah 2 is a thanksgiving, and therefore that “At this point he [Jonah] did not know that the fish was his means of deliverance.” But that is the case with any work which one points students to, unless one has written it oneself 😉

In summary this is a collection of helpful material that many teachers could find useful to give to their students, or indeed in contexts where library resources are scarce in preparing their classes. It suffers from the problems inherent in such course notes, it has not been peer reviewed, and so contains some mistakes. The work is copyright, so any teacher planning to reproduce the material ought to email for permission, it is a pity that a Creative Commons license was not used which could have permitted various sorts of defined use without the need to seek such permission. I would suggest that Dr Uttley consider granting a Creative Commons license (see below) to his material if he is serious about wanting to see it used more widely.

In view of the comments above I suggest:
· This material, at least the written notes, will be useful to many seminaries in situations were books are in short supply.
· There is other material of similar potential usefulness. E.g. http://www.biblicaltraining.org/
· A peer reviewed list of useful material would be a helpful starting point. Metasites (like http://ntgateway.com/, http://itanakh.org/ & http://otgateway.com/ ) are really well prepared and extensive, but not focused on material which can be useful for teachers in seminaries in non-Western contexts.
·

Many teachers will have such (though in most cases more specialized and less extensive) collections of material. If it could be made available with a Creative Commons license allowing reuse, and collected in one “place” allowing easy access, what a resource that would offer to supplement the occasions when a person can travel!
· The ideal license seems to me
o Attribution: ensuring the originating author and school get credit
o Noncommercial: ensuring the material could not be sold at a profit
o Share alike: allowing adaptation to different cultural, social and ecclesial contexts.

I realize that the last suggestion may seem utopian, given the fear many of my colleagues have of their work being “stolen”, however, I remain convinced that the terms of a CC license would ensure that any seminary which copied institutions like MIT (the first to adopt such an approach) would gain in reputation and “reach” in ways that would far outweigh any potential commercial loss. What is more such an approach would be more consistent with the Christian gospel and the social vision of the Hebrew Bible than is the current “what’s mine is mine and you must not use it” attitude!

Some brief comments on the web/CD resources of Dr Bob Utley.

I think it would be fair to describe these resources as “conservative evangelical” in origin, rather than fundamentalist. Dr Utley speaks of Biblical “infallibility” rather than “inerrancy,” but he also takes a very scholarly approach to the task of interpreting the Bible. He takes seriously the need to understand the context of the original text, and to attempt to put aside our “culture” and biases when we interpret the Bible for today (though we need to engage with that same culture also).

So it was a bit of a surprise for me to read the following statements about the Bible by Dr Utley.

1. I believe the Bible is the sole inspired self-revelation of the one true God. Therefore, it must be interpreted in light of the intent of the original divine author through a human writer in a specific historical setting.

“Sole inspired self-revelation of the one true God”?? — doesn’t the Bible itself teach us that God is also revealed through creation (Ro 1), through Jesus (supremely — the Word) and through human conscience (again Ro 1)?

4. I believe that every passage (excluding prophesies) has one and only one meaning based on the intent of the original, inspired author. Although we can never be absolutely certain we know the original author’s intent, many indicators point in its direction.

Why insist on “one and only one meaning” whilst also confessing that “we can never be absolutely certain we know the original author’s intent.” Why not rather affirm that God’s Word is a Living Word (2Cor 3), creating new meaning for each new reader in each new context. Why should we try to limit God to only one true meaning (and who determines which one it is)?

Apart from these reservations, I’m sure there is much of value in Dr Utley’s on-line and CD commentaries — particularly on the area of historical and grammatical analyses.

Thanks
A sincere thank you to Tim and Keith for their responses and to Bob for sharing some of his creative work on making commentaries available and accessible.

Further
What other ways are you acquainted with for making theological books available, especially to people teaching and learning in poor and restricted areas?