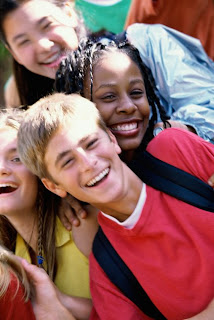 Vision
The simple vision of Theologians Without Borders is about teachers crossing borders to teach in a seminary (usually intensively for 1-2 weeks).

But Also
It also involves teachers/trainers going to a country or region at the invitation of a group of churches (a Denomination/Union/Convention) and helping by speaking at Pastor’s Conferences, Church Leadership Seminars etc.

For Example
A New Zealand pastor is travelling this week to an Asian country to speak over a three week period at a series of conferences for Youth Pastors and leaders.

The original invitation was to speak at three conferences held in different regions of the country but I note from his itinerary that the task has expanded to incorporate speaking at a Youth Camp with 100 young people, speaking at three church services, giving lectures at two seminaries and having conversations with Church Convention leaders. The expanding schedule happens but as he said to me in a letter last week, “It is good to be doing extra—I’d rather be busy than underused.”

Share and Be Part of this Vision
Do pass on this vision to groups of churches that have special training needs and which lack the resources to pay for a resource person to come. The person I have mentioned above is one of the best in the youth training business.

Do let me know if you have expertise in a specific field of training and if you are keen to volunteer your services in this way.

Let the Church Be the Church
How is this visit being paid?

The Kiwi pastor accepted the invitation fully expecting to volunteer his services freely and pay for his own airfares. However, he has talked about this assignment with his family, friends, church and other contacts and invited them to support him in this training youth leadership venture.

They have gladly contributed finance. He writes: “All my support is raised and I have additional funds to gift to the Youth organization to assist with their costs [of staging the regional conferences].”

Even more than this, these financial supporters have been given his itinerary so that they can follow him and the people he trains, in prayer day by day over the next three weeks.