The Yearning to Contribute Significantly to Others 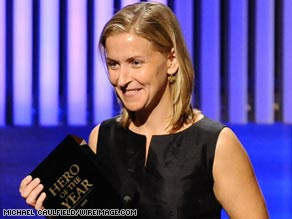 Yearning to Do Good
One of the things I have noticed since coordinating Theologians without Borders is the yearning that so many people have to do something significant and make a contribution to the lives of others.

This yearning has surfaced in many letters I have received. Here is one of the most recent:

“I’m currently working for XYZ – a good gig, but I’m looking for a different challenge and I reckon volunteering somewhere overseas would be the best thing I can do right now. Might be a long shot but I had an idea you might be able to give me some pointers, or put me in touch with some people who can tell me how to get myself out in the big wide world.”

“I’ll go anywhere, do anything I possibly can – pretty keen to just knuckle down and get into it really.”

“So yes! With that rather determined note, any tips?”

Unfortunately TWB has a rather specific focus but I offered some pointers that involved a stock take of the man’s gifts and passions and starting to contact organizations that are looking for people with those talents.

CNN Honors Ordinary Heroes
When I received this guy’s sound out it was around American Thanksgiving Day and my wife and I had watched the annual CNN Heroes Program. It was inspiring to see ordinary Americans getting involved in a wide range of voluntary endeavors.

I said to my enquirer:

“Today on CNN (Thanksgiving Day) they had an inspiring program called CNN Heroes (check this out on their web site) Ten people doing ten very different things had been profiled and people could vote for their hero. In reality they are all heroes. It was so inspiring and I think even in these difficult financial days it taps into a deep need that we all have to serve. Many of the ten people have established organizations and most spoke to the audience challenging them to get involved.”

If you didn’t see the program it is screening again via CNN on Christmas Day but the stories of the people, their speeches and how others can help can be seen by online video. It is both informative and inspirational. A great resource.

Image: Liz McCartney, who is helping residents rebuild their homes after Katrina, is the 2008 CNN Hero of the Year. (Photo courtesy of CNN)