The Talents and Qualities Needed 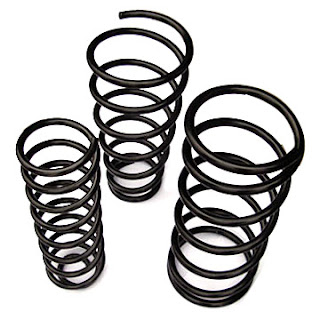 From time to time I am asked about the type of person who makes for a good teacher or trainer in another culture.

Common Denominators
There is no one type but sometimes common denominators rise to the surface.

Earlier Response
In an earlier article I answered the question so let me give in headlines the qualities and attributes I highlighted then:

Further
In the light of several more personal assignments and listening to the stories of others I would add these points:

Bags of Patience
Travel rarely goes smoothly. Perhaps I have had an unusual run this year but already I have had about six flights that were delayed, two of which necessitated an unexpected overnight stay. One was delayed because of excess snow, the other because of high winds. Sometimes the delays were caused because airlines created connections that were tight and unrealistic. Sometimes I missed flights because the amount of time needed to get through airport security and passport control was insufficient. Flight delays and waiting in airports when you are tired and jet-lagged is not much fun and it requires bags of patience.

Some letters from a person training youth pastors in another country at the moment offer a picture of long bus trips, often on vehicles that are crowded, not well ventilated and with drivers who seem to be in a hurry.

Flexibility
While you may have corresponded extensively with your host prior to leaving home, you may well be asked to change your teaching plans. Equipment you had hoped for isn’t available. The power goes off for several hours a day and your laptop’s battery hasn’t been sufficiently charged. It is 15 minutes before a worship service and you get asked to give the address. The ability to be flexible and adaptable is essential when moving in different cultures.

Crossing Cultural Bridges
Being sensitive to a person’s culture is one thing but walking the bridge from your culture to theirs is different. Perhaps this is nowhere better illustrated than in eating and speaking.

Your hosts and cook will often be anxious as to whether you like their food. When I have said that I want to eat what they normally cook and that I do not expect them to cook western food or special food, I often see their sense of relief.

To eat the food of your hosts is a way of accepting them, of sharing their hospitality and entering into their community. One has to be honest but to take their food and really enjoy it is stepping part of the way across the cultural bridge. Often to eat different food for every meal is tough especially when you are given large quantities because you are the special guest.

Being eager to learn and use some of their language (basic greetings) is another way of honoring their culture and affirming them as people.

Resilience
Yes, this is mentioned in the title of the new book by Elizabeth Edwards but I think it is an appropriate quality to mention here. Resilience is being able to bounce back like a spring that has been put under stress and pressure. To keep your bounce is a great thing when you are seeking to function amid the stress of a different climate, with different food, a different bed (and mosquito net) to sleep in and when everything is different and your space is limited. It is tough to teach with an interpreter when your pace is necessarily slowed, your jokes don’t work and your old illustrations fail to connect. To quote the title of another book, this one authored by Edward Said, there is great strain in feeling ‘out of place’ yet this is often the place where we grow and learn.

Image: “Resilience is being able to bounce back like a spring that has been put under stress and pressure.”