The Gift of Interpreters 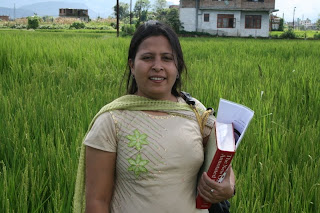 I wrote earlier about some key people who can make a TWB visit effective but there is another person who is so crucial—the interpreter.

This was apparent in my recent story about Litha who served as an interpreter at an Indonesian conference.

This was also the case on my recent visit to Nepal. The students at the College learn from teachers who speak in the English medium, however, in my first couple of days I wondered whether a lack of response to my questions was due to cultural shyness, an insufficient grasp of English or my foreign accent.

All my afternoon sessions with church leaders from different parts of the country was taught through an interpreter. I got tired teaching in three hour sessions but how much more tiring it must have been for the interpreter to be thinking on the spot in two languages.

It is an art speaking with an interpreter but it is just as important to have an interpreter who can make sense of your words and convey these with passion as well as the intonations. It is can be such an enjoyable work of partnership.

Such experiences have their funny sides. I was talking about a distorted view of the faith that is more concerned about rewards in the future than the realities of the present. I spoke about the former group as those who espouse the notion of ‘Pie in the Sky when you Die!’ The interpreter, who had spent much time in the English-speaking world, was familiar with the expression but he showed great amusement in informing the students about what I was saying when there does not seem to be a word for ‘pie’ in Nepali and the translation doesn’t have the same rhythm and rhyme!

So give thanks for those with the valuable gift of interpretation—people who came make up for your own deficiencies.

My favorite interpreter story is this one that comes from the experience of Eugene Petersen.

Image: This woman was one of my interpreters in Nepal—fast, true, enthusiastic and with a great sense of humor.