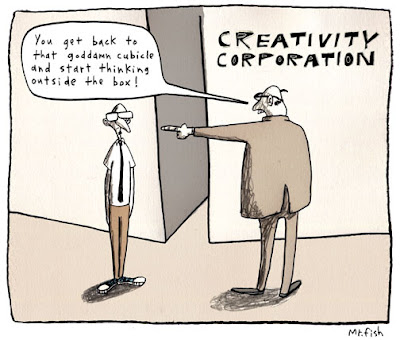 Give and Take
Most people have taught overseas through Theologians Without Borders because they want to serve and make a difference to the lives of others.

But is there anything that we get out of it when we go and share with people of another culture.

Yes, there is heaps that we receive and this is fine. Teaching and ministry is best done when there is ‘mutual encouragement.’

Gift of Creativity
Scientific American (14 June 2009) has a 60 second podcast that suggests a particular benefit: “Recent research shows that people who have lived in a foreign country are more creative when it comes to solving problems.”

Christie Nicholson says:
For the recently graduated or retired—or those who have some unexpected free time thanks to the recession—consider the benefits of an extended trip abroad.

Researchers tested the creativity of business students. Students were given a candle, box of tacks and matches, and were told to construct a way to attach the candle to the wall, so that wax would not drip on the floor.

And it turns out that the length of time spent living abroad is a significant predictor of coming up with the most creative solution.

But, it was only living abroad that rewarded students with increased creativity. Two weeks of hostel hopping don’t count.

And it’s not that creative people are more likely to live abroad. Access to different culture and novel ideas increases both new ways of problem solving, as well as the willingness to actually apply novel solutions. Such as emptying the box of tacks, hot waxing the candle to the box and then tacking the box to the wall

So here’s to science for bolstering the argument for living in Costa Rica until the recession is over!

Want to Become Creative?
Here is another good reason to contribute through Theologians Without Borders. Regular visits might well develop your creative thinking.

For First Time Readers of TWB or a Refresher
A general introduction to Theologians Without Borders is offered in several languages at these links: