Studying and Teaching the Bible through Google Maps 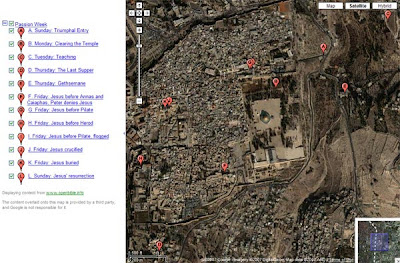 Google Maps are being used extensively by TV news but why not churches and seminaries in their education?

Biblemap.org, which hitches on this same technology, is an interactive map system for the Bible, which is being used in personal study and public addresses for visualising where certain biblical events have occurred.

Check it out and let us know what you think and ways this could be developed.