Shaping the Environment for Creativity 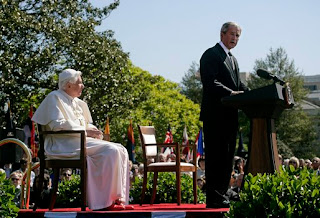 This is a further article in the series on creativity in theological education.

The Most Creative Country
When, on 16 April 2008, President George W Bush welcomed Pope Benedict XVI to the USA, at a ceremony on the White House South Lawn he boasted, “The United States is the most innovative, creative and dynamic country on earth.”

Culture and Creativity
After a discussion in July 2002 between George Bush (US President), Tony Blair (then British PM) and Jacques Chirac (then French President) on economic issues and specifically the reasons for the decline of the French economy, Bush was purported to have confided with Blair saying, “The problem with the French is that they don’t have a word for entrepreneur.”

I don’t want to argue with the US President about which is the most creative country in the world but does geography or the dynamics of a culture affect the climate in which creativity and innovation might develop or diminish?

Climate and Creativity
A former colleague of mine often quoted from research which concluded that more doctoral dissertations were written the further you moved away from the equator. The cooler the climate, the more people were likely to huddle in their studies researching and writing. Does a cooler climate stimulate the creativity juices or just keep people in their warm studies for longer? Is it that simple?

Environment and Creativity
In an address to the Higher Colleges of Technology in Dubai (March 2004), former chair of Boeing, USA, Lewis Platt, set forth these elements for how leaders build an entrepreneurial environment:
1. You need a lot of bright and highly educated people, and you need the great colleges and universities that produce such people.
2. You need a source of money that is both patient and daring. You need investors who are prepared to go for broke—accepting little or nothing in the short-term…and looking for very large potential returns in the long term.
3. You need an environment in which people celebrate success with all their heart, and yet are perfectly willing to accept failure—resolving not to quit, but to try, try again.
4. To develop an entrepreneurial culture, either within companies or within countries, requires strong support from the top. 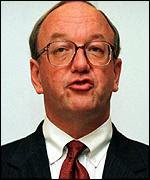 Creativity Down Under
To illustrate his final point and the role of leadership in encouraging creativity and an entrepreneurial spirit, Lewis Platt offered this illustration:

Let me cite an example that came to my attention through an article in the Wall Street Journal. It appeared just after the recent Academy Awards-dominated by “Lord of the Rings,” which won a total 11 Oscars, including Best Picture and Best Direction.

“Lord of the Rings,” as you may know, was made in New Zealand. So too was “Whale Rider” – another Oscar nominee – along with parts of “Master and Commander” – nominated in several categories and a winner in two. How in the world did New Zealand come to outdo Hollywood at its own game?

Seven Keys to Kiwi Power
The article in the journal – by Ruth Harley, the CEO of the New Zealand Film Commission – explained it very well. She listed “seven keys to Kiwi Power” in the film industry. In reading them, I was struck by the thought that they were very much like the points that I was preparing to make about entrepreneurship and its role in stimulating greater economic growth.

Her seven keys were:
* The courage to accept a high level of commercial and critical failure
* Money, provided as investment, not grants
* Creative freedom
* Strong identity
* Entrepreneurial spirit
* Thinking globally
* Backing from the top

On that last point, Ms. Harley described the extraordinary commitment of New Zealand’s Prime Minister to the development of an independent film industry as an ongoing source of job-producing, wealth-creating business ventures. 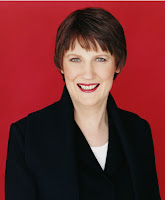 Upon becoming Prime Minister in 1999, Helen Clark took on the additional portfolio of Minister for Arts, Culture and Heritage, and took personal charge of putting the film industry at the center of the government’s attention. The prestige and glamor of the film industry make it a good focal point in encouraging people to take risks and to dare greatly. In other ways as well, government leaders in New Zealand have gone out of their way to encourage the development of an entrepreneurial culture. In fact, in a survey of more than 40 Countries supported by the London Business School, New Zealand has topped the list as the most entrepreneurial country for the last three years running.

Epilogue
Most instructive in this article is the belief that educational establishments such as seminaries (what a creative word!) might help to make a country creative and innovative. But such institutions need courage, patience and modeling, all the way from the leadership.