Profile of a Theologian Without Borders 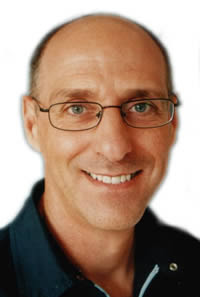 Sabbatical with a Difference
George Wieland is a lecturer in New Testament at Carey Baptist College in Auckland, New Zealand, with a background of pastoral ministry in the UK and work in Brazil. His sabbatical was due in the first part of last year (2006). Instead of heading for Oxford or Cambridge to spend his entire study leave in research and writing George sought and was granted permission from his Principal to spend some time in an overseas mission context.

Where To?
Where does one look for overseas opportunities in a different context and where one’s services are vitally needed? A good place to begin is with the leader of the Overseas Mission department of one’s Baptist Union and that is what George did.

George was quickly linked with the Director of Theological Training and the General Secretary of the Baptist Union in an Asian country, which we shall call V.[1] This led to an invitation for a month to teach in the theological school in V. Let George tell his story and identify some of the benefits of such an experience:

Benefits of Traveling
“On the way I visited other New Zealanders struggling with the challenges of urban mission in one of Asia’s megacities. This three day stop off provided an important and necessary transition.”

“Short as it was, this time in W hugely increased my awareness of the situations of life and the sorts of work being done by the staff there, and the visit gave them the opportunity to talk about what (and how) they were doing. One seemed to appreciate the opportunity to discuss theological issues arising out of their work, and another spoke of their need to be refreshed and replenished – again, mentioning specifically Biblical/theological input.”

“I stayed in the Guest House, meeting a youth team from the UK, a Canadian pastor and his family, and others. On the Sunday I worshipped in C Baptist Church and met several folk, including students at a city Bible College.”

“It was my first experience of W and I spent hours just wandering about, trying to capture some sense of the city and its life and people. Overwhelming at first. Sensory overload! But so valuable as a first step in moving from knowledge about to knowledge of W and its religious culture and human challenges.”

Getting Going
“I spent 4 April – 3 May in V. I taught courses on Luke’s Gospel and Romans to a student group consisting of village evangelists from various tribes. Teaching was a challenge – requiring translation into the tribal language and sometimes into others as well, with no books except the Scriptures, blackboard and chalk the only equipment – but the students were very appreciative. It seems that teaching of Biblical subjects has been in short supply.”

“I spoke on Sundays at different gatherings…. Something of a revival had been going on there for a few months… but also a few things had arisen that were of concern to a local leader who seemed appreciative of the opportunity to talk these matters over.”

“There were many opportunities to talk at length with denominational leaders and others.”

“The last weekend of my visit was spent in village reached by an 8/9 hour journey… I was there as guest speaker at the annual assembly, speaking at the four main meetings on the topic they requested, “Growing in Maturity”. This was a superb opportunity to get alongside people from various churches and parts of V, pastors, young people, etc., hear of their circumstances and experiences of faith and speak of the challenges they face and their hopes for the future.”

“It was a real privilege to meet two of the V pioneers, each now 80, who had been denominational leaders and had worked with the first New Zealanders who had been there. It was also encouraging to meet some young people who are doing training elsewhere but eager to serve their people in V.”

Building the Relationship
“For the congregations, theological school and the denomination’s leaders in V, the visit represented a continuation of the link they have with NZ through the NZ Missions Department. As a Scot, I was very proud to be considered an honorary Kiwi, and introduced as ‘George Wieland from New Zealand’! The strength of affection and esteem for the New Zealanders is a great tribute to the excellent work done and relationships built by generations of people through to the short term teams in the last couple of years. The input through teaching, presentations and conversation during my visit was very warmly welcomed and seems to have been helpful.”

Teaching in a Different Context
“There was also much to process in terms of the contextualisation of Scripture and faith. Working through Luke and Romans in that very different environment and then thinking through what Christian maturity meant in that context generated fresh challenges and insights.”

“It was instructive to see forms of ministry and inter-church relating adapted to the exigencies of the situation, and to observe the ways in which several tribes with different languages and variations in culture could worship and work together…Fifteen tribes were represented at the assembly with the services switching between six different languages – differences in style (partly reflecting when and through whom the Gospel had reached each group) from translations of Sankey hymns sung in four-part harmony to new songs to indigenous melodies and, recent but growing, young people singing Hillsong worship songs in English!”

‘Sweeter than honey; more precious than gold’
“I appreciated more than before what an inestimable gift a Bible translation is – the ability for the words of scripture to connect with and impact one’s thinking and living directly, giving continuous reassurance that these words are for you.”

The Gospel really Works!
“For me, as a product of Christian influence filtered through many centuries of Western culture and assumptions, it was startling to see the tangible effects of embracing Christian faith seen in a very short period of time, with cleaner villages, better health, valuing of education, improved housing, etc. From my own context in which church growth is slow, incremental and individual, seeing families and communities that have come to faith was very refreshing.”

“Time and again I found myself thinking, what if B hadn’t pressed on with that translation, and there had been no NT for the churches mushrooming in the 80’s and the communities continuing to come to faith today? What if the pioneers and others in their wake… had just not bothered? I’ve always believed that “your labour in the Lord is not in vain” but it was thrilling to have the chance to see such fruit from service in the (relatively) recent past, and I’ve come away with renewed desire to invest wisely whatever gifts and opportunities I have and work diligently.”

Ways We Could Help
While I was in V I heard many suggestions of ways in which those in NZ (and elsewhere) could continue to partner with those in V. Here are some, without necessarily suggesting that we should do all this, but so that you can know what some of the V folk would love to see happen.

1. Help to resource training for pastors
· fund teaching and other staff for the theological school
· help in constructing a curriculum and attaining accreditation
· help in writing courses
· regular visits from people who can teach block courses

“The churches have continued to grow and there is a desperate need for the pastoral care and teaching of all those believers.… They have neither the people nor the money to have a system of a pastor for each congregation… Instead, pastors are appointed and supported by associations, and the association gives each pastor an area or group of congregations to look after – anything from 10-20. Many of the pastors I met were worn out. They are constantly on the move, some of them in remote rural areas where they have to go on foot from one village to the next, and are able to do little more than make occasional visits to each congregation and then move on.”

“I’d heard of the great need for teaching and training but being there impressed on me the urgency and extent of that need.”

2. Help in resourcing the training of people in local congregations to teach and disciple
· Fund training trips into villages
· Write courses and materials

“There is a great shortage of people in the congregations (especially in the many congregations that have been founded recently) who are able to offer any sort of teaching to new believers. This inevitably leads to some who fall away, and groups being vulnerable to people or movements with strange ideas.”

3. Work with children
· Help with preparing materials appropriate to the context
Only a small minority of T’s congregations have anything specifically for children.

4. Encouragement and refreshment
· Visits from those who could lead retreats/conferences for T leaders.
· Funding for travel/costs of such events.

Immense Benefits
“I was told many times by the leaders at V: ‘Keep the visits coming. Short term team visits are such a boost to congregations. We want people who can teach at our theological school, people who can lead retreats for leaders, those who can speak at youth conferences and women’s conferences.”

“I asked the GS if it wouldn’t be better simply to send money! His reply was that of course money is useful but they cannot put a price on the value of personal links – encouragement to them, and valuable, visible international connections.”

If you have a sabbatical coming up and you are keen to spend some or all of it in an overseas situation, talk to your Overseas Missions leader or myself as Chair of the Coordination Committee for TWB. Send an email to George to get further tips.

[1] There can be difficulties in naming countries, cities and colleges and in these case studies knowing these details does not matter. If you need to know further details feel free to contact George.