‘No Theologian but Usable none the Less’ 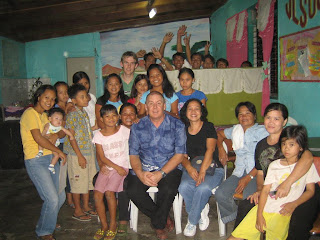 Russell Drowley resonated with the Theologians Without Borders vision and wrote encouraging me in this new activity.

He has seen what can be done as he has made himself available to cross borders into China and the Philippines.

Even more importantly he has found great excitement and a strategic mission secret, when he has taken others from his church with him to share in Pastor’s Conferences. Thanks Russell for writing up your story. Read on with Russell:

Eleven years ago at the ripe old age of 41 I watched as all my worldly goods were packed into one single shipping container. What have I been doing all these years? For the past eight years my pastoral experience was a country Church in the Latrobe Valley about 140 kms east of Melbourne. Then I received a call to a Church in the inner North Western suburbs of Melbourne. At that stage in my life my most adventurous oversees travels were to Tasmania. A passport was something “other” people had. To my best recollections I had never even seen one. Wow, how things have changed.

Eleven years on I have just received my new electronic passport. Looking at my now defunct passport I counted 8 visa’s to China, one to the US and many other stamps of places in Asia including, Malaysia – twice, Philippines – five, and Hong Kong – five. How had this country guy with five kids now leading a suburban city church manage to do all that on a modest income? God only knows, and He certainly does.

My first trip to China took place in 1997 with a group of five other people. I enjoyed it very much and certainly wanted to return. Two years later I took my ever enduring wife who did not enjoy the cuisine of chickens feet and a fish head here and there. But we made contact with a Pastor in the underground Church in China and here is where my real adventure began. This young Pastor was working hard and my heart went out to him. I wanted to support and encourage him.

I had a dream to take this young Pastor from Hainan Island right down in the south of China to meet Pastor Samuel Lamb in Guangzhou, who is a well known underground Church Pastor. My wife and I had the privilege of meeting him in 1999.

So in 2000 I took Paul with me to meet Pastor Samuel Lamb. It was awesome. Now seven years on I have returned six times to meet with Paul and his Church family. I now conduct two to three days of teaching for him and he host’s other Pastors from neighbouring churches. I would need a book to tell you all the amazing stories about how God has used an Aussie Pastor to minister to these amazing people in China.

Every year now I take someone with me. The effect on the people I take is just amazing. They come home energized and so much more excited about their faith in God and all He is able to do in people’s lives. Our Church has benefited. Last year we gave 19% of our total income to missions projects both here and overseas.

If you are considering a trip overseas don’t hesitate. Just get that passport and your Bible ready and away you go. Do you need lots of letters after your name? Letters mean nothing to the people I’ve met in China and the Philippines. Most of all I believe they need our encouragement and affirmation and we are all qualified to give that.

Image: Russell writes: “I have also attached a photo of some of my friends from Cabanatuan in the Philippines. You guessed it. I’m the one in middle at the front.”