Exploring a Partnership of Mutual Encouragement 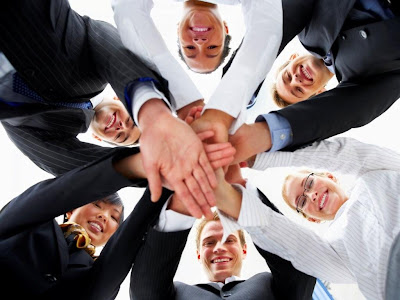 Partnerships Emerging
It is good to see various partnerships emerging between seminaries and conventions across the seas. They are developing in many different ways as partners create a relationship that is unique and flavored by their situation.

It is exciting to see partnerships between different institutions as there is so much more that can be achieved beyond isolated individuals that go as theologians without borders.

Partnership Principles
Often I am asked to help potential partners explore what a relationship might look like.

Here are some of the things I often include in my correspondence:

Count the Cost
It is good to prayerfully explore the notion of a partnership so that each side counts the cost before launching forward. This can be done in separate and collective brainstorming sessions and by email.

Informality and Ongoing Openness
Partnership agreements don’t need to be written in triplicate, formalized, signed and sealed. That can stymie the dynamic nature of what it can become.

Much better to be informal and see it as an exploration in which both sides go into it like Abraham and Sarah, “not knowing where you are going,” rather than coming up at the outset with ‘Ten Prongs Pointing Out the Parameters of a Partnership Between X and Y.’

Mutuality
In thinking about your relationship, Romans 1:12 is pertinent—“that you may be mutually encouraged.” This approach dispels any fear of paternalism and unhealthy dependency.

I think most, if not all, who have served under the Theologians Without Borders umbrella would attest to receiving as much, if not more, than they gave, on their teaching assignments.

Open and Inclusive
The partnership should not be viewed as monogamous or exclusive. In their poverty, often church groups and Colleges reach out to whoever will help. This is understandable, even if it leads to a theological and educational hotchpotch.

Communication and Transparency
Enter a relationship whereby there is a regular communication about the needs and vision with openness and transparency as to the different people and institutions from where the assistance is being drawn.

Who Is Holding the Reins?
One seminary (the stronger partner) is currently in a relationship with an institution overseas whereby they are sending two professors each year over a five year period. Such a partnership is specific and has a long range so that both seminaries can plan and know their expectations.

Those in the sending institution therefore have some role in shaping the curriculum schedule just by the order in which they are able to release their teachers. This is done by mutual agreement.

It is always good to be aware of how a stronger institution can direct and be unconsciously pushy just by virtue of its wealth of resources. It is a good thing to keep thinking, ‘Who is holding the reins?” It is important that the weaker institution is always in reality maintaining control over its destiny and directions.

Partnership Representatives
Leaders of the seminary and the leaders of the Convention of churches may well need to communicate if the relationship straddles the seminaries (theological education) and Conventions (training of leaders in the churches). There may be other points of contact between respective representatives if the partnership involves things like Youth Leadership training.

It is a helpful thing if representatives are clarified and that these people are always copied in any communication about plans that are emerging and publicity to challenge teachers and trainers to be involved.

Caution and Confidence
Yes, be cautious in your exploration and don’t promise so much that you raise expectations unrealistically.

On the other hand, be confident about all that you have to share and receive.

Your Experience
Do let us know if you are in a partnership (like those that have been described) and tell us of your experience, what has been positive and suggestions for improvement.

Image: A hands-on, international partnership of joy and mutuality.