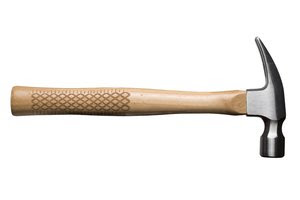 In my series of articles on creativity in theological education I thought it worth sharing this posting by Brian Clark from his site, Copyblogger (one of the most popular sites on the web).

The post is entitled, ‘What’s the Ultimate Creativity Killer?’ and the image used is the same one pictured here.

“I think there is a world market for maybe five computers.” ~Thomas Watson, chairman of IBM, 1943

“There is no reason anyone would want a computer in their home.” ~Ken Olson, president and founder of Digital Equipment Corp., 1977

“We don’t like their sound, and guitar music is on the way out.” ~Decca Recording Co. rejecting the Beatles, 1962

“I’m just glad it’ll be Clark Gable who’s falling on his face and not Gary Cooper.” ~Gary Cooper turning down “Gone With the Wind.”

“This ‘telephone’ has too many shortcomings to be seriously considered as a means of communication. ~Western Union internal memo, 1876.

“The concept is interesting… but to earn better than a ‘C,’ the idea must be feasible.” ~Yale professor on conceptual paper that became FedEx.

Check out the rest of these statements and use them at the beginning of a brainstorming session when you want to dream up something that is adventurously creative.

Links to Copyblogger and Brian’s post on The Ultimate Creativity Killer.

I am one of the 33,000 subscribers to Brian’s site which I find to be a great help when having to write articles, promotional blurbs, letters and even lectures.

Extra:
On the theme of creativity here are four other stories from
sister site Stories for Speakers and Writers:

Mahatma Gandhi: The Most Creative experiences of His Life

Eric Clapton: Creativity out of the Crucible