Counting the Cost of Border Crossing 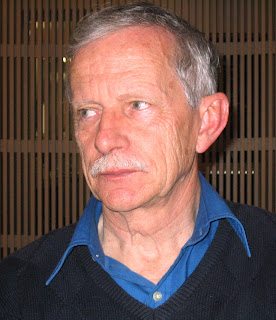 Norm Nix, the Director of Crossover Australia for Australian Baptists, has a son and family serving in an overseas mission situation.

Norm was recently asked to offer some reflections on what it was like for him and his wife Marjorie to be separated from his grandchildren.

In a superb article stocked with wise words Norm tells the story of a Baptist pastor who gave a stirring call and challenge to his congregation to serve God in countries overseas. To his surprise, the preacher’s son responded to the call. Afterwards the preacher said to him, “I didn’t mean you, son!”

It is a good thing to consider whether our words are in sync with our hearts when we speak publicly.

This story is pertinent when considering or commending to others the issue of short or long term service across the borders and into another country.

Source: ‘Grandparents and their perspective,’ Vision, Global Interaction, Melbourne, May 2007, 16.

Image: Norm Nix. Thanks for the story Norm.