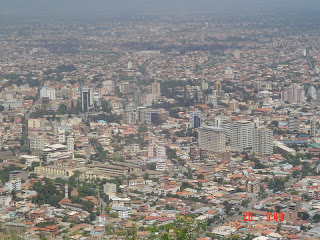 A letter to Theologians Without Borders has come from President Marcelino Tapia of the Baptist Seminary in Cochabamba, Bolivia.

He is requesting a Bible and a Missions professor.

Their semesters run from July to October and from March to June.

It would be an advantage to be able to teach in Spanish, but they can provide a translator until you learn the language.

The seminary is related to the Canadian Baptist Mission and is recognized by ASIT, which is a regional theological accrediting association.

The level of studies is at BA which is called licentiate; so a master’s degree would be the level required for a teacher responding to this opportunity.

Seminary classes are held early in the morning and in the evening, because all students have to work to support themselves.

The seminary can help by providing housing for couples or singles that teach, at a minimum cost.

Cochabamba is a city in central Bolivia, located in a valley bearing the same name in the Andes mountain range. It is the third largest city in Bolivia with a metropolitan population of more than 800,000 people.

Cochabamba is known throughout South America as the ‘City of Eternal Spring’ and ‘The Garden City’ due to its warm temperatures year round and abundant well kept parks. It is a city with an attractive climate.

If you have an interest or would like more information please send me a note at:
geoffpound@yahoo.com.au