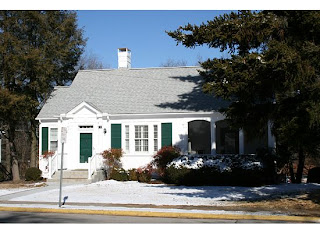 A Pound Note
I write from Carson Newman College, Tennessee, after arriving on Wednesday February 4, 2009, to serve as the College’s first International Scholar.

Global Warming and Cooling
Last Sunday I left a very pleasant New Zealand and flew to Australia where the Aussies have been sweltering in a heat wave so great that the railway lines have buckled in Melbourne causing major disruption to the transport system.

Venturing to my home in the UAE, just long enough to wash my clothes, I learned that ten days earlier snow had fallen in a neighboring emirate (state).

The next leg of the journey involved a series of delays and cancelled flights in and out of Heathrow where I was one of 100,000 travelers to become snow bound .

Eventually I reached my destination in Tennessee where classes had been cancelled the previous day due to heavy snow and ice.

Tennessee Visions
Last year saw the meeting of two visions that merged into one grand project.

Vision # 1
Leaders in the Religious Studies Department at Carson Newman College had a dream of having one International Scholar in residence each semester to lecture, talk, and through informal conversation contribute to some of their goals viz., “to prepare students for international ministry and cross-cultural professional opportunities…to awaken students to God’s call to mission…to prepare students to become world citizens , to engage the life issues and questions of the twenty-first century, and to develop a robust spirituality that embraces the witness of life and word to the world.”

One of the questions surrounding the attainment of this new international thrust related to where these International Scholars might be housed.

Vision #2
Following the death of Mrs. Dorothy (Dottie) Greer in 2007 at the age of 85, husband Hank and their four children were looking at how they might honor her memory.

Dottie had lived in six different homes in six US states working with thousands of students and serving in six churches. Among many ministries Dot and Hank lived and operated three ‘boarding houses/student centers’ with Dot planning and helping with two meals per day for as many as 25 students, while raising her own children.

With Dottie Greer’s gracious hospitality to countless numbers of students, it seemed a very appropriate idea to gift a renovated house to Carson Newman to serve as a residence for visiting Christian workers and International Scholars.

When the house on the Carson Newman campus was dedicated on January 16, 2009, Hank and his children, along with their spouses and nine grandchildren, stated this fine aspiration:

“It is our hope and prayer as Dot’s family that all who stay in this house will experience some portion of the warmth and love she gave us. May this house serve as an ongoing symbol of the generosity of Hank and Dot Greer and their commitment to Christ, missions, and the hospitality of the Bible.”

International Scholar
It is my privilege to be the first International scholar in residence at the Dottie Greer House this semester. Part of my role will be helping to hammer out the expectations and responsibilities for others that follow.

What a house! What a gift! What a place to come and teach! What a retreat for a sabbatical! In this home, only a stone’s throw from the classrooms, the faculty team and the library, there is wonderful atmosphere for good thinking, writing and praying.

Along with teaching, I have been encouraged to coordinate Theologians Without Borders from this US base and to take time to visit churches and seminaries to share the vision of enhancing theological education through seminaries partnering together for mutual benefit across the world.

Congratulations Carson Newman on this exciting new step in developing a greater international dimension and all this at a time of a deepening global recession. I am delighted to play a small part in “preparing students to become world citizens and to equip them for international ministries and cross-cultural professional opportunities.”

Further
Photos of the Dottie Greer House and CN Campus can be viewed at this link. 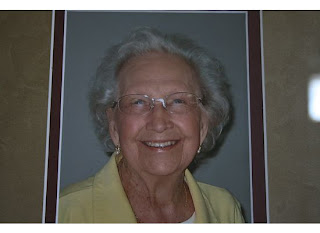 Let me know if you’d like more information about this sabbatical arrangement at Carson Newman or if you’d like me to put in a word for you to those administering the International Scholar program.

Write to me at geoffpound[at]gmail.com or connect on Facebook at this link.