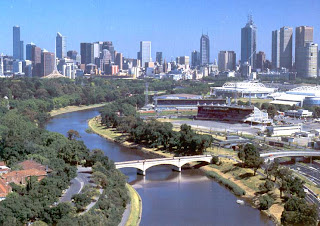 I have just received a letter from Aussie pastor, Russell. He wrote an earlier posting entitled, ‘No Theologian but Usable None the Less’ about leading a team to China and then other teams to the Philippines.

I think Russell’s leadership to his church to be practically involved in the Philippines is a great encouragement to other teams to be involved elsewhere e.g. see opportunity described in ‘South Indian Visit of Encouragement’. As I note below, these opportunities are different from the requests for theological teachers.

Russell has just had a team of ten returning from the Philippines. They had a wonderful time. Only two of them had been there before. The network of churches that they visit stretches from the far north to the far south. For one person in the team it was a time of significant spiritual renewal. Russell’s people have visited these churches for the last four years.

Most of the team belonged to the church music team and they ran music seminars with the youth in all three churches that they visited.

The team took some gifts such as cell phones, new furniture and a washing machine. “They were blessed out of their boots.” [Wonderful Aussie lingo!]

Russell has invited and sponsored the Filipino pastor and his family to Melbourne next year on a reciprocal visit. One of Russell’s church members the other day offered one air fare as a result of his suggestion and today someone else offered another airfare.

When I asked Russell for more details he said:

“All the people in the Melbourne team were from our church. I did not lead the group this time [Russell has had several family weddings on his plate recently]. The leader of this group was one of my elders who went with me two years ago… Another guy who went with the team has travelled with me several times to China and the Philippines.”

I asked about how long it took for the team to prepare for this trip and what the preparation involved. Russell replied:

“We started planning for the trip in February this year. We had a weekend retreat for some bonding. I went and spoke about some aspects of visiting another country: manners, culture, food, health, etc. I also shared with them about what to expect when they came home from such a trip. Things like, not expecting everyone to be as excited as they are, so be patient with them. Another person spoke about the principles and practicalities of teamwork. They learnt some Tagalog songs before they went.”

I asked about the finances and Russell said:

“They met as a group four times I know of to talk about finances and fund raising. They did some great fundraisers. One was a curry in a hurry lunch. They raised just on $550 one day after church in about 30 mins selling home cooked take away curry lunches. It was delicious. They met on the Sunday night before they left on the trip. One of the Filipino people in our church hosted them and they tried some local cuisine. It was a real fun night. They also got online and pre booked all their seating together on the plane. They then were able to check in the fast lane. Our church put about $3000 into the trip to subsidise each person and we helped buy some gifts for the team to give.”

“The guys all spoke Saturday night at Church and then Sunday morning at Church. They spoke for about 40 mins altogether with each person taking the microphone and telling us their highlights. The church was very touched by what was said. I encouraged the church to invite the members of the team around for a decent chat about what happened on the trip. Many appointments were made after the service with people still hanging around at 1.00 pm, one hour after the serviced concluded. It was great.

It would be a first for the Filipino pastor and his family to visit Australia. He is very blessed by the invitation. On the Sunday it was announced in their Church, the church went nuts [Aussie expression for crazy; excited].

This is a wonderful expression of Theologians Without Borders. It is team work by those that go as well as by those who are part of the support team from home. It speaks of genuine partnership and an ongoing relationship of mutuality and friendship. This was a visit of ordinary people who love Jesus and the benefits are continuing.

Do let me know if your church is keen to explore a similar partnership.

Be aware that while we are receiving many requests for theological teachers we are also receiving requests for visits of encouragement akin to what Russell and his teams have been doing.

If you would like to know more from Russell, who with his church is building up useful expertise, do write to me to put you in touch and Russell will be keen to tell you more.

Image: Melbourne [look how blue the Yarra River is!] and the Philippines.